The Importance of Iron During Pregnancy

The nine months of pregnancy is not always an easy and enjoyable time. Despite excitement and anticipation of the new arrival, there are many unpleasant symptoms that can come alongside pregnancy, including nausea, tiredness and a lack of energy. It is important for the mother to compensate for the extra demand placed on the body by having plenty of sleep, taking sufficient exercise and following a healthy balanced diet, which meets the changes in demand due to the pregnancy. 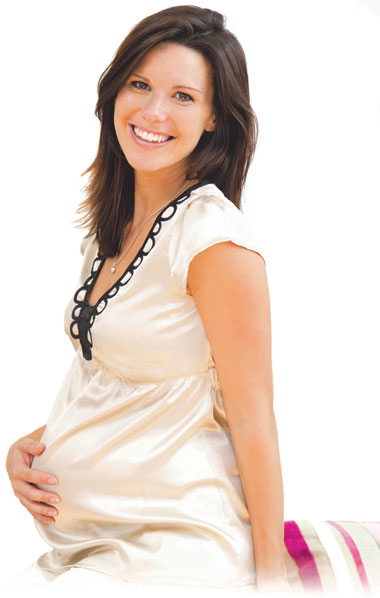 During pregnancy the iron levels in the blood are monitored on a regular basis as the demand for iron can rise significantly. Iron is essential for the transport of oxygen between the mother and the foetus as well as providing the baby with sufficient iron stores for those early weeks following the birth. Iron is also essential for foetal growth, particularly for normal brain development and to help prevent maternal anaemia.

The blood volume increases considerably during pregnancy and consequently more iron is needed to form red blood cells. A healthy balanced diet, with iron-rich foods will provide most of the iron you need during pregnancy. It can be difficult to absorb enough iron for you and your growing baby from a balanced diet alone, particularly if your iron reserves are already strained, or you have a deficiency – as you would have to eat a lot of iron rich foods to correct it. It is then, that a supplement may be recommended.

Unfortunately there is no universally agreed definition of the recommended daily intake of vitamins and minerals in pregnancy. Many individual circumstances of a pregnant woman have to be considered such as: her socio-economic, cultural and religious background as well as her individual eating habits.

Women are advised to seek the advice of their midwife or GP before taking supplements during pregnancy.

Floradix is a time tested liquid iron formula which has been used by millions of women worldwide for more than 40 years. The high quality liquid supplement contains organic iron gluconate and its easy absorption into the body is enhanced by vitamins C and B complex, herbal extracts and fruit concentrates. This special blend of ingredients means that it is easy to digest, and the unpleasant side effect of many iron preparations, such as stomach cramps and constipation are avoided.

Floradix is recommended by numerous midwives and health care professionals.

Floravital Liquid Iron (the yeast- and gluten-free version of Floradix) – 19.2mg of iron per 20ml

Floradix Tablets also contain folic acid which is extremely important in the first trimester of pregnancy. There is 200µg of folic acid per 2 tablets.

During pregnancy it may be necessary to increase the recommended daily dose stated on the pack. However, this should be discussed with your GP or midwife and only be done under supervision.